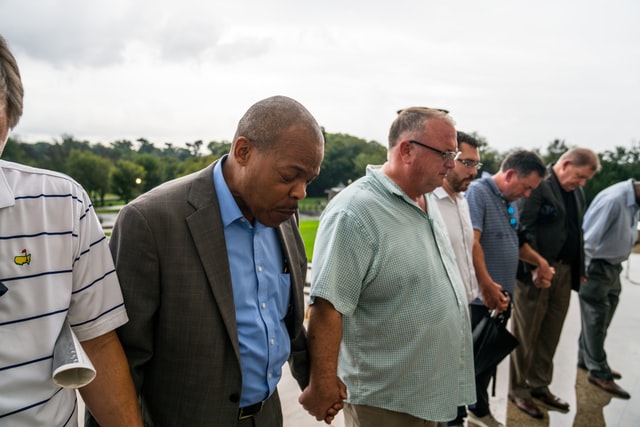 The last 72 hours have been a whirlwind. A long buried, societal issue of hurt is now magnified and multiplied hundred-fold, compounded by a global pandemic and lockdown from which we are only now, just emerging. The last few months have been far more stressful than anyone could have imagined, and what’s going on now is no exception.

I have considered what to say. I have considered saying nothing, but that grew increasingly uncomfortable. So I did what I tend to do best at times like this. I have been reflecting on what -I- personally have control over, and what I can do to help spread a message of hope, love, and light. This is a small gesture to those who have been suffering so much pain.

The fighting, riots, back and forth, it’s all completely normal to want to lash out after feeling powerless. People want change and certainly deserve to feel better, they just may not know how to go about it. Trust me, I get it. I have definitely had moments in the past where I have lashed out at loved ones, called others out of their name, and just completely crumbled from feeling hopeless, helpless, and lost.

But I offer a personal experience as an example of a way we may begin to approach this new reality, and offer solutions to how we may begin to heal ourselves and our communities.

I used to work with someone who got on my nerves far more than I wanted to admit. I perceived him as a bully, and I began to think he was poison to our office. My tiny little bubble of happiness was disturbed and it was all his fault, or so I thought. One day, after repeated “offenses”, I confronted him. I was determined to shut him down once and for all.

But in the very moment the words came out of my mouth, I felt that not only was it not helping, but I was adding to the problem by becoming a bully myself. And being the bigger bully, is a game I do NOT want to win.

I had to acknowledge we were a team, after all. And a small team at that. So since I couldn’t ignore him, I had to figure out a way to work with him. But in order to work productively together, something had to change. I meditated on it, and came to the conclusion that the change had to start with me. I am well aware that my natural state is to love. That’s why it felt so bad to bully him, or anyone else.

So what did I do? I had to acknowledge that it was certainly alright for us to have differences, but rather than view him as a problem, I began to consider that maybe we would be a better, more well-rounded team because of him.

Next, I had to acknowledge that he wasn’t all bad. Then I began to think about all the things I appreciated about him. It was hard at first because I felt justified in my anger, especially when others agreed. But when I was in a good head-space, I tried again. This time, it was so much easier. I was able to think about all the good he had done for our office. I wrote in a notebook, line after line of all the things I was grateful for. He really cared, and was helping us in ways that I myself couldn’t. I was able to appreciate him for his talents, skills, and abilities that our office desperately needed.

In time, I started to feel not only calmer, but actual compassion as I felt my perspective begin to shift. I was able to view him from a completely different lens. Thoughts of his perspective came into my mind too — he may have felt undervalued, and things seemed unnecessarily difficult because people didn’t understand his viewpoint. I could relate to that frustration.

I began to wonder, maybe we were more alike than I initially thought?

I also realized, maybe he just wasn’t a “people person.” Maybe he didn’t know how to communicate well with others. Maybe he struggled in areas that I was good at. Maybe, if we combined our strengths, we would make a great team. Within about 30 minutes, I became genuinely thankful for him, and began to see him as a gift for my own evolution and expanded consciousness.

From that day on, after just one day of that exercise, my experience with that man changed COMPLETELY. You would have thought he’d gone to a special training on kindness. He was a totally different person — at least from what I could perceive. And that made ALL the difference. So much so, that I actually noticed how he joked more with people on the team, and he and I mended our relationship to one of ease and mutual respect. He was a true asset and I began to fully appreciate him for that.

There was even a point when I looked at him, and saw him as beautiful. No, I do not mean I became romantically or physically attracted to him, but I saw him almost as a distant relative that I was becoming reacquainted with. I began to see the beauty in his unique expression of creation. I began to see him as an aspect of me that I was fighting, but had learned to embrace. The bully was long gone, in both of us.

He was only in the office for a few months after that, but by the time he moved on, I had nothing but positive thoughts about him.

What happened? Was it that he suddenly changed? Or was it that I changed? He was after all, the exact same man by all physical standards.

I don’t have scientific proof of this, but I don’t need it. I know, absolutely, that the shift in my perception of him was what made all the difference. In this universe of attraction, we all have an individual responsibility to create the world we wish to see. I firmly believe that this is a universe of reflection. Every relationship, circumstance, and issue is a “mirror” for us to see where we can use a tune-up in perspective.

So what’s the solution?

Nikola Tesla said, “If you want to find the secrets of the universe, think in terms of energy, frequency and vibration.”

Furthermore, Ghandi said, “Be the change you wish to see in the world.”

From those two brilliant minds, here is what I’ve surmised:

You want more kindness? Ask, “how have I not been kind to myself? Where have I not thought kindly about myself or others?”

Then, BE more kind to yourself and others. Practice more kind thoughts as best you can, about everyone you encounter.

Then, BE more compassionate, understanding, and empathetic. Give yourself and others the benefit of the doubt more often.

You want more love? Ask yourself, where have I disallowed love for myself and others?

Then, BE more loving to yourself and others. Love is your natural state, too.

It won’t come any other way. At least not in a way that’s sustainable and meaningful to you.

All over the planet, we can see evidence that there is an abundance of love, kindness, and compassion, or there is the terror of not being enough. What we’ve seen on mainstream media playing out on both sides, is that terror. And when you bring it down to the bottom line, all of it is about how much we love ourselves and each other, or not.

Weaved throughout society and history, we have been conditioned to believe we aren’t worthy. We’ve been conditioned by a society riddled with fears that we aren’t good enough. Aren’t lovable enough. Aren’t acceptable enough, for any fill in the blank reason. And I have a sneaking suspicion; the very ones who say those things may not have the exact same struggle, but they too, are troubled, hurting, and broken. After all, only hurt people, hurt people.

But it’s time for that to end, and the shift is happening. Non-mainstream media sources have been posting videos of unity, peaceful protests, and both law enforcement and citizens coming together as one.

We can turn to the pages of history and reflect on words from a powerful leader who lived through similar times for a good start:

The answer begins with love. I’m not even going to go so far as to say you have to love your enemy. That’s not reasonable, because as long as you perceive anyone as an “enemy”, then it’s impossible to get to love from that lens. That’s also going about it in a hard, unnecessary way.

Starting simple is the best place to begin. For your own sake, love YOURSELVES. Love your children. Love your family. Love your friends and neighbors. Love those who are different from you, because love is who we all are. That’s why everyone wants to be loved. Look in the streets. No one is fighting for more mistreatment. No one protests because they are treated too kindly.

The change starts at home with you, not just us mothers/fathers of black boys and girls.

So continue speaking life into yourself, others, and especially the children. Children pick up on so much, so easily. Do your best to make sure they don’t grow up into hurting adults. And build yourself up. Be the way-shower. Show up as kindhearted and loving to your entire family, yourself, and to society as best you can.

Don’t wait for anyone else to change, for politicians to make new laws, or for validation or affirmations from society because it may not come! Start now with you.

All change begins with the person in the mirror.

Whatever it is your seeking, rather than looking to another to bestow it upon you, just take a shortcut and give it to yourself. Give yourself the gift of kindness, adoration, and love. Speak life into YOU, and the rest will follow. Change YOU first, and the world will follow.

One last thing. If it’s too hard to think loving thoughts towards others, then simply view them through a lens of curiosity rather than the familiar, reactionary fear. With a simple change in your perspective of a person, you can find a great friend, or an enemy. The choice is YOURS.

So, what do you choose?

If you need help, please reach out. I have more resources available on my website, positivescripts.com, including 1-on-1 coaching to help empaths and highly sensitive persons find inner resilience, emotional stability, and self-love so they can have improved relationships with themselves and others. 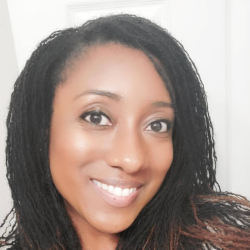 3 Things to Consider When You Feel Worthless and Lack Purpose…

The Secret to Happiness Is NOT What You Think 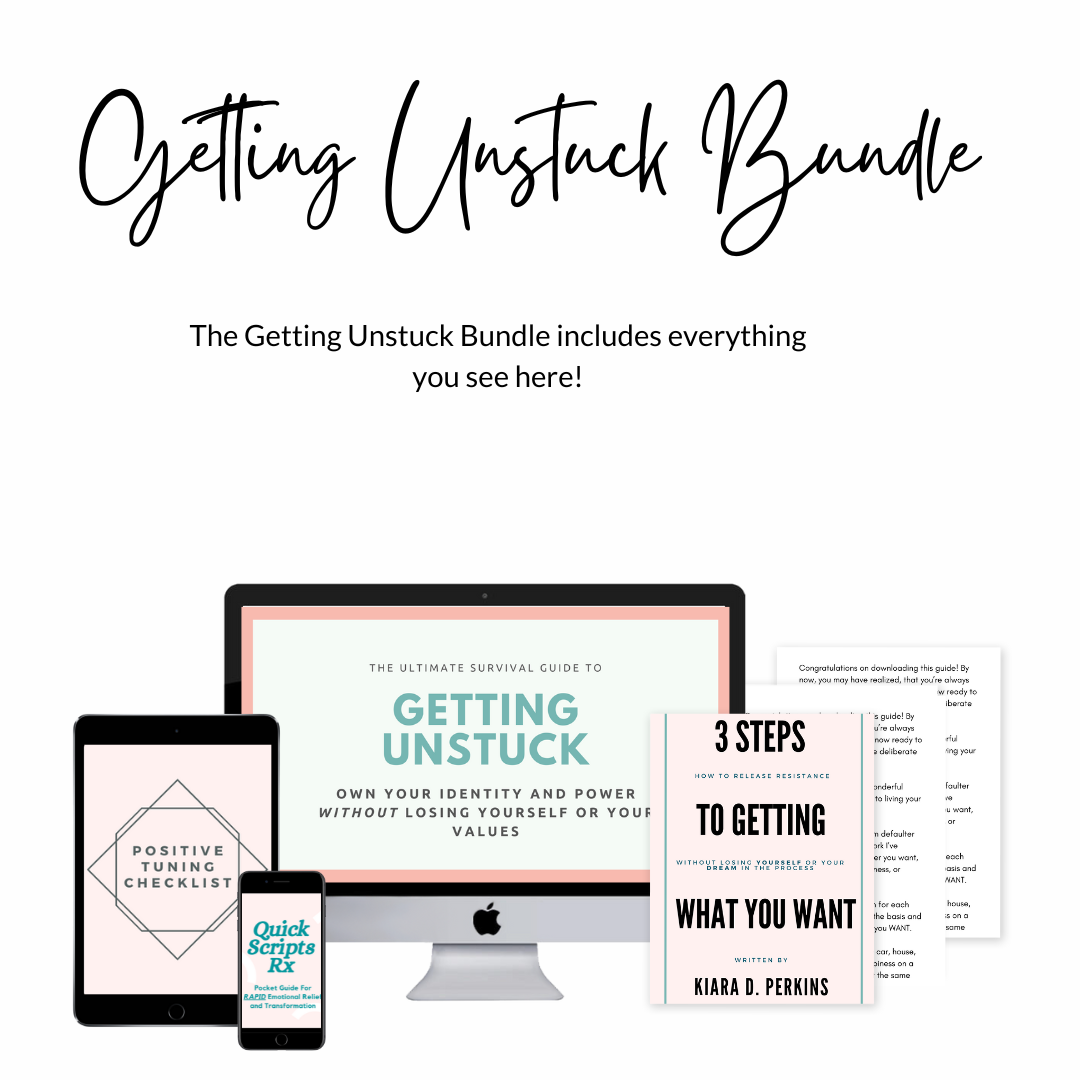 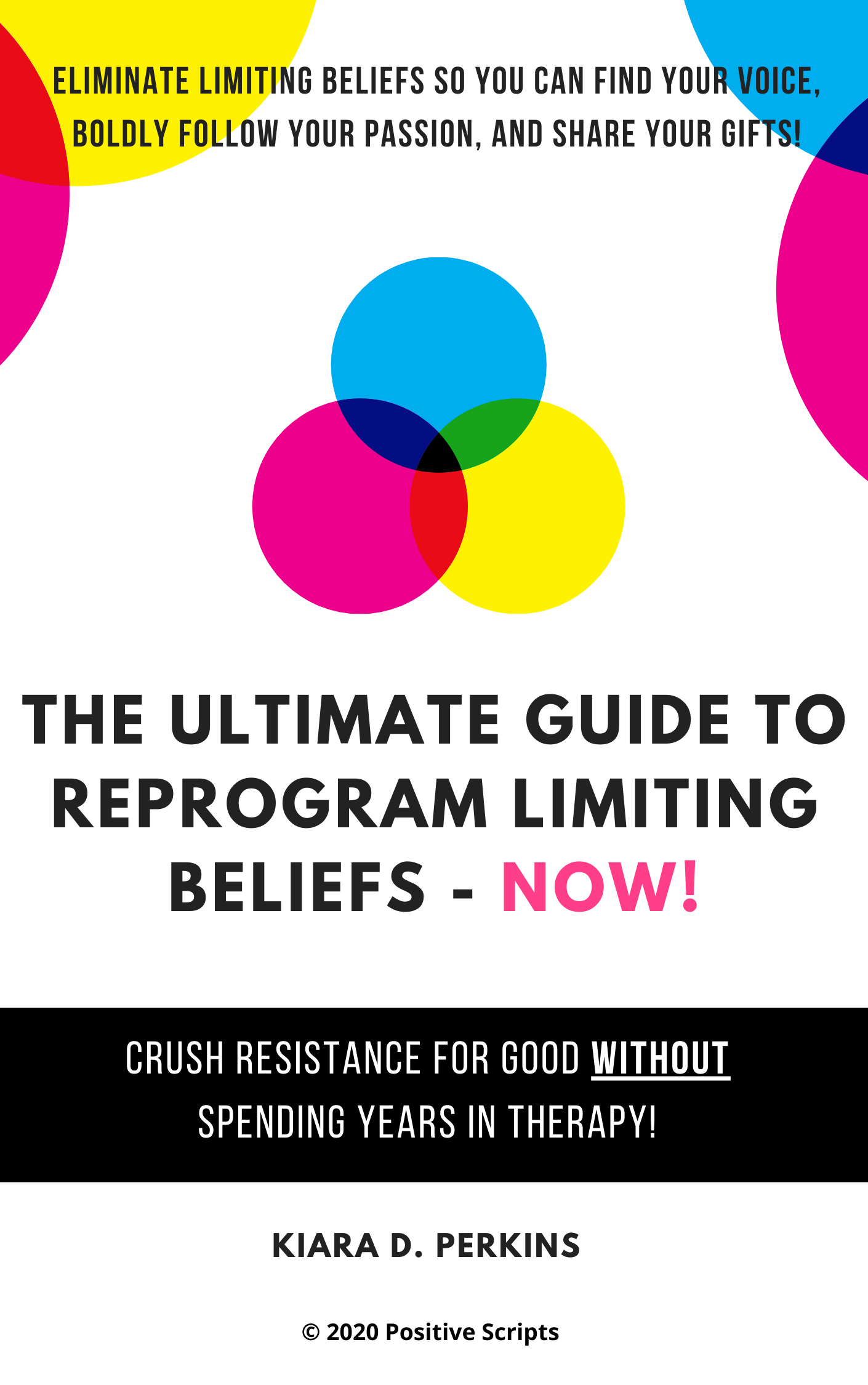 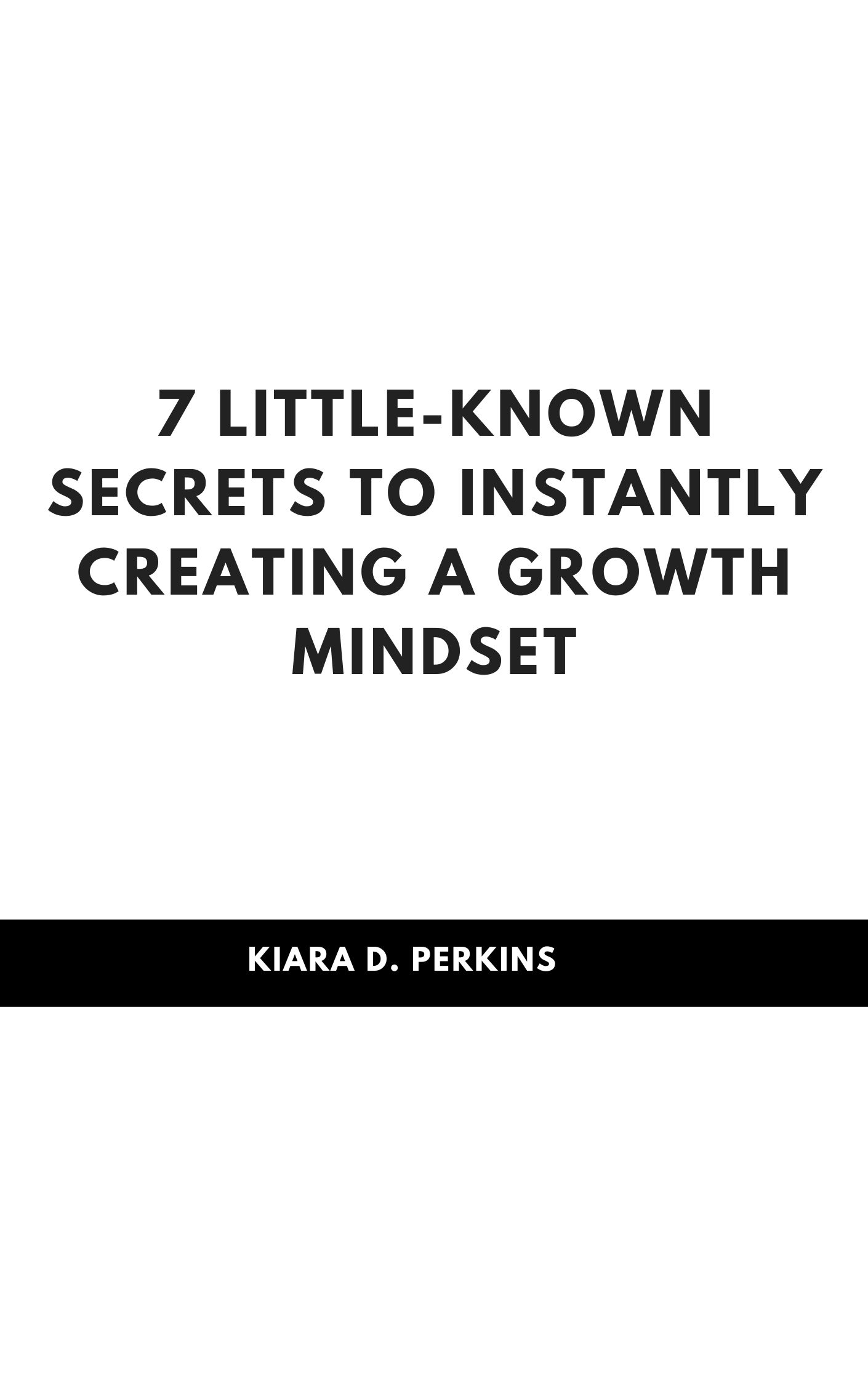 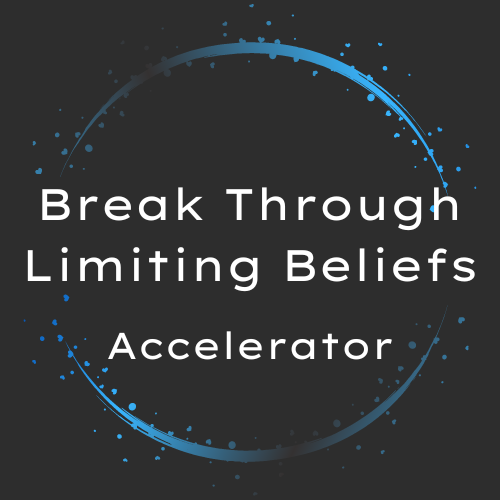